Search
Who is online?
In total there are 28 users online :: 0 Registered, 0 Hidden and 28 Guests

Physical features observation: is it repeatable in zygosity determination of Chinese adult twins?

Related to this topic, I have some palm prints of Mongoloids, it is taken from M.A Malik's book " The new horizon in palmistry". 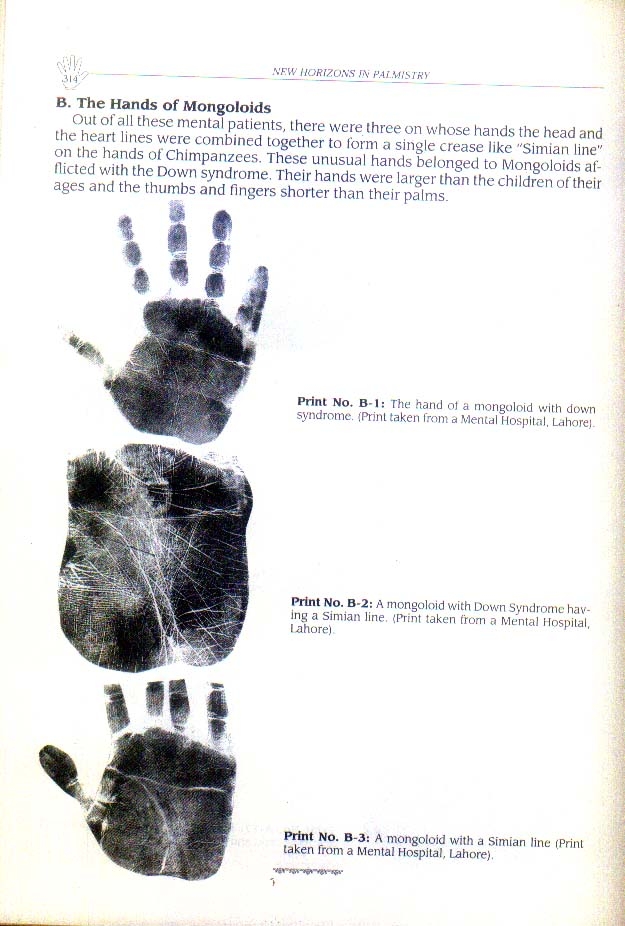 Hi Asif,
Thanks for posting all that. You send a lot of great information.
Jeanette.

asif amin wrote:Related to this topic, I have some palm prints of Mongoloids, it is taken from M.A Malik's book " The new horizon in palmistry".

By the way, for those who are not yet aware of the 'vocabulary'... the words mongoloid refers to people who have a genetic disorder named 'trisomy 21', which is better known as Down's syndrome.

On my website I present HIGH RESOLUTION examples of (both) hands of two people who both have Down syndrome - including a very detailed analyses of all related hand characteristics, see:
http://www.handresearch.com/diagnostics/simian-line-down-syndrome.htm 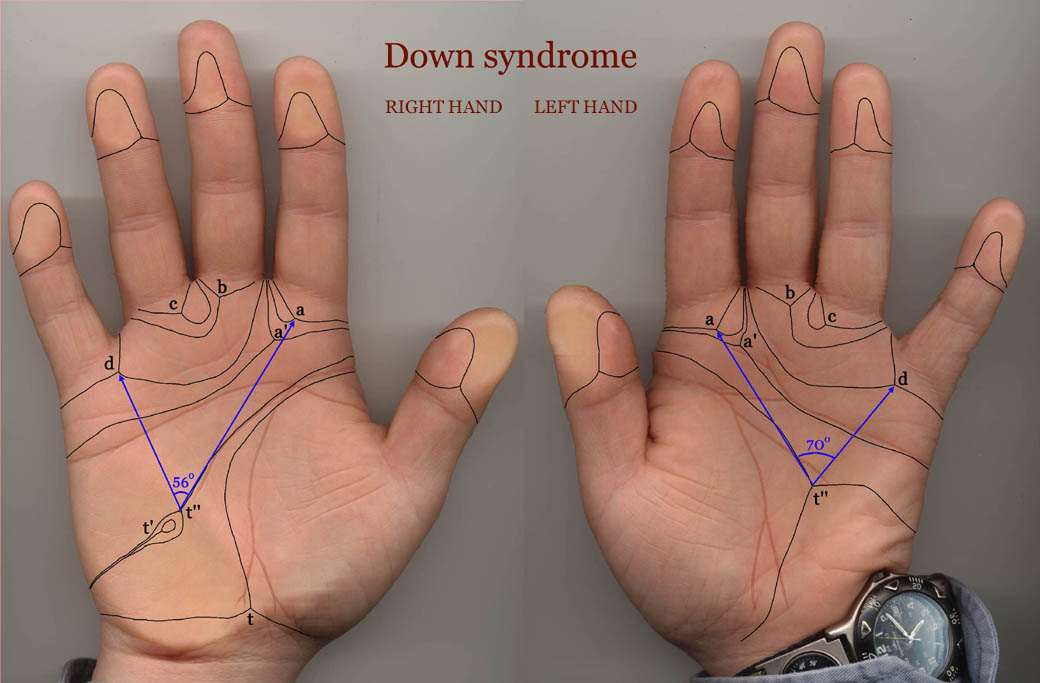 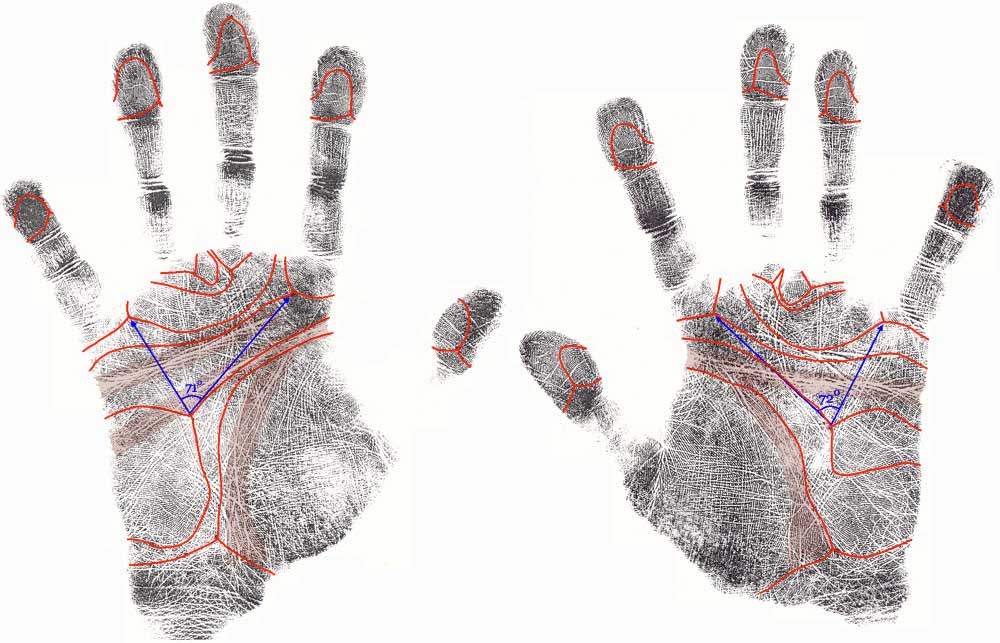 Some links about Down Syndrome ( Mongoloids ). It is easy to see website rather than I post all material it covers more space of page (thread)