Search
Who is online?
In total there are 37 users online :: 0 Registered, 0 Hidden and 37 Guests

Since 2014 a hand stencil from a cave in Indonesia became known to represent the oldest known 'portrait' of man in the history of human kind!

The hand prints have been made by early artists carefully blowing paint around hands that were pressed tightly against the cave walls and ceilings. The cave art hand was estimated by Dr Maxime Aubert (Griffith University in Queensland, Australia) to represent probably the earliest of its type.

Many more details are reported here:
The oldest 'Portrait' of Man is a 39,900 old Cave Hand Stencil from Sulawesi, Indonesia!

"The minimum age for (the outline of the hand) is 39,900 years old, which makes it the oldest hand stencil in the world," said Dr Aubert. 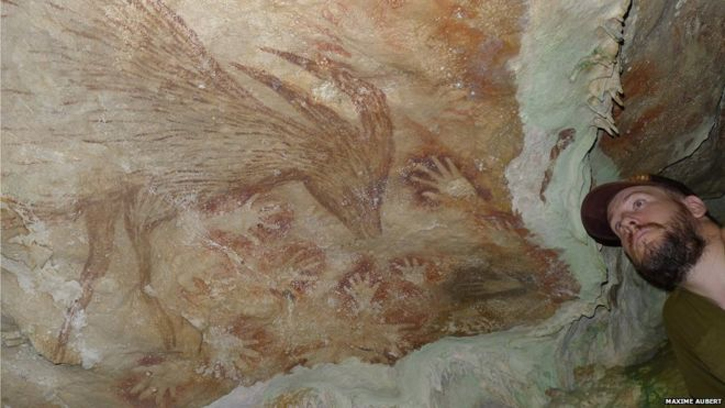