Search
Who is online?
In total there are 45 users online :: 0 Registered, 0 Hidden and 45 Guests 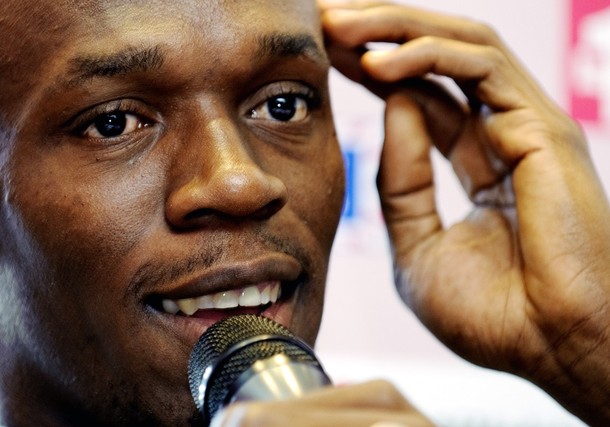 Usain Bolt is currently known as the fastest sprinter ever: he is the (olympic) world record holder on both the 100m and 200m sprint.

But there's a fascinating story behind Usain Bolt's success... and it's in his fingers! 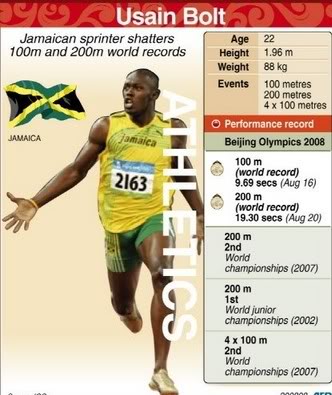 Re: Usain Bolt (Jamaica) - the fastest sprinter ever!

Gosh, I never knew that the 2D:4D digit ratio was that common in Jamaican natives. Could that be an evolutionary feature that occurred for survival and/or environmentally adaptive reasons?

I see that Bolt (what an apt surname!) also has the angle of manual dexterity in his hand. It's very pronounced. If you're a sprinter - whose success relies primarily on possessing a good awareness of, and adaptation to, time - this is a fantastic hand feature to have.

Bolt's palmar lines look very clear to me, and I thought I spotted a trace of a fate line (it's difficult to see in the photos) coming from his wrist area, which would make him single-minded and focused in terms of goals.

His fingers are widely spaced, so he's probably something of an outgoing, extroverted guy.