yogiman wrote:The pinkies of the worldleaders past and present, inside and outside the United States do miraculously well. I can't imagine that any of them had a finger surgery, and this should be confirmed by pictures in their youth.

The form of our fingers is determined by birth. Could the truth lie hidden in the mount of mercury?

Yes indeed, about 70% of the US president had a long pinky finger:
http://www.handresearch.com/news/time-presidential-palm-readings-kennedy-obama.htm


However... be aware, the pinky finger sort of presents one of the more 'primitive' fingers:

"The digit formula shows how the role of the pinky finger (5D) becomes less prominent while going up in primate evolution tree: in humans the pinky finger is usually the smallest of all 5 digits, while in prosimians the pinky is usually longer than the two fingers on the opposite side of the hand: the thumb and the index finger."

This might explain why the long finger becomes associated here with powerful people... because the American president is known as 'the most wanted job' in the world: it's a very profitable job because there is always 'big business' involved.

The crucial question still is, whether in general the crookedness of the little finger is some measure of someone's straightforwardness.

yogiman wrote:The crucial question still is, whether in general the crookedness of the little finger is some measure of someone's straightforwardness.

In that case, I hope I am not impolite when I pose the question, what is the meaning of a crooked little finger in general.

yogiman wrote:In that case, I hope I am not impolite when I pose the question, what is the meaning of a crooked little finger in general.

In my opinion, in isolation it has no specific meaning at all.

(Off topic... but I would like to add: in general I reject nearly all theories about individual hand features, because the validity of most theories described in the books has never been substantiated with any valid proof at all. Over the years I have adopted a different approach: theories should become focussed on multiple dimensions of the hand... because otherwise a theory is almost for sure unreliable - though it requires proper testing process to become aware of this, unfortunately in the palmistry literature few words have been spend on how to test theories in an objective manner, etc.).
___________________________________________

I have read through all your posts and just wondered that nobody had picked up his unstable mind (right hand) around age 23ish and again around 45- approx 55. The explanation (according to my experience) is (1) playing with drugs at that age which impacts negatively the brain or/and (2) some sort of significant life event that shatters normal well-being and he isn't "himself" for a period of time. Now such an occurrence can be a death in the family or similar shock to the system. The person "loses the plot" so to speak and does things that he wouldn't do under normal circumstances.

Regarding a very long pinky finger (Mercury finger) - I have thought that this indicated above average communication skills.

His sexual deviation may well have their roots in his childhood - those who go on to molest others often have been molested or raped in childhood. It has recently been reported in the press (so let's question its authenticity) that most sexual predators are of Anglo-Saxon origin.

As London is the cocaine capital in the world, and as cocaine is directly related to showbiz, no doubt he was a drugs user. So there was a social climate that allowed all sorts of things happening. The next question is how longterm cocaine use will show in the hand. He has no via lascivia.

I know that heroin use leaves its mark on the head line for the lifespan. It breaks the headline at the age where it was taken. A brain tumour has the same effect.

I know a woman who had a brain tumour and she had this break in her hand. After the tumour was removed and her head had healed, her headline had knit together again. So far in my experience (some 20 years) this isn't the case with drug-taking. It leaves a scar, so to speak.

I have never read anything about, nor heard any rumours about, Jimmy Savile being a drug user. Can you find a single allegation about this online? He is well known for smoking cigars, and I have read he drank alcohol, but I found nothing about drugs. I don't think we can use drugs as his 'excuse' for being one of the UK's most prolific sexual offenders ever recorded.
___________________________________________
Lynn
www.handanalysis.co.uk

I just watched again the video I posted on page one of this topic (my post dated Nov 10, 2011, before the allegations about Savile became public knowledge). At 3.47 when talking about "fashion tips" there is a view of Savile wearing a pendant with an eye. I recently read allegations that he removed the glass eye from a cadaver!

hi nonas_insights , great to see you back on the forum

I agree about individual rings having certain interpretations, adding strength to / compensating for  the qualities of the fingers individually. But when someone wears so many huge rings on various fingers, despite the image projection of wanting to be seen as 'different' 'eccentric' 'unique' 'artistic' 'in control', they are not at all secure or emotionally happy with themselves / their lives.
___________________________________________
Lynn
www.handanalysis.co.uk

I don't think there was anything Savile would not do and I think drugs would, for sure, be on the menu.
What I was hoping was that there would be comments on the fingerprints,
as I thought they were good inkprints, I think mostly loops with whorls on ring fingers and, not sure, a whorl on one of the middle fingers also a passion line on one of the hands , broken whatever that means.
Probably influenced by what we know about him, but long little finger shows liar.

P.S Can anybody make sense about the Anglo Saxon theory?

jeanette wrote:
P.S Can anybody make sense about the Anglo Saxon theory?

I don't think the Anglo-Saxon theory is true. Sexual predators are found in all countries, all races, all cultures.

Looking at his hands again I note how short the thumb is = lack of will-power. Also one of his thumbs bends back easily. In my understanding this denotes an entrepreneurish type, a spendthrift, easily bored, needs novelty and new projects as soon as current one over.

I was surprised to read that a long pinky indicates lying. As I wrote earlier I have always thought it meant an above-average communicator. When fingers are straight I wouldn't think to add "crookedness" of character.

The very long Apollo finger in my experience so far means a risk-taker, a gambler (may be money, but can be risky behaviour in general) and also a bent towards homosexuality or be bi-sexual.

The Anglo-Saxon bent towards sexual predator behaviour is based on "per capita" - yes, I realise that all nationalities have sexual predators, it's just that you also need to look at the social history of Anglo-Saxons to understand this bent in their character. Anglo-Saxons, even up to ones born within the last 50 years often come from families where sexuality is either repressed or inhibited. Tendencies to be perpretators is like a character trait that can be inherited. You surely know of families where there are 3 generations of angry men who control their wives while being adulterers themselves. I have it "from the horse's mouth" that most homosexuals in Australia are actually married men who congregate in public parks and bath houses for sex with other men. A secret double life.

I can see the logic based on 'per capita'. Does anyone have the palm of any sexual predator apart from ted Bundy and saville. Would be very interesting to study the print. 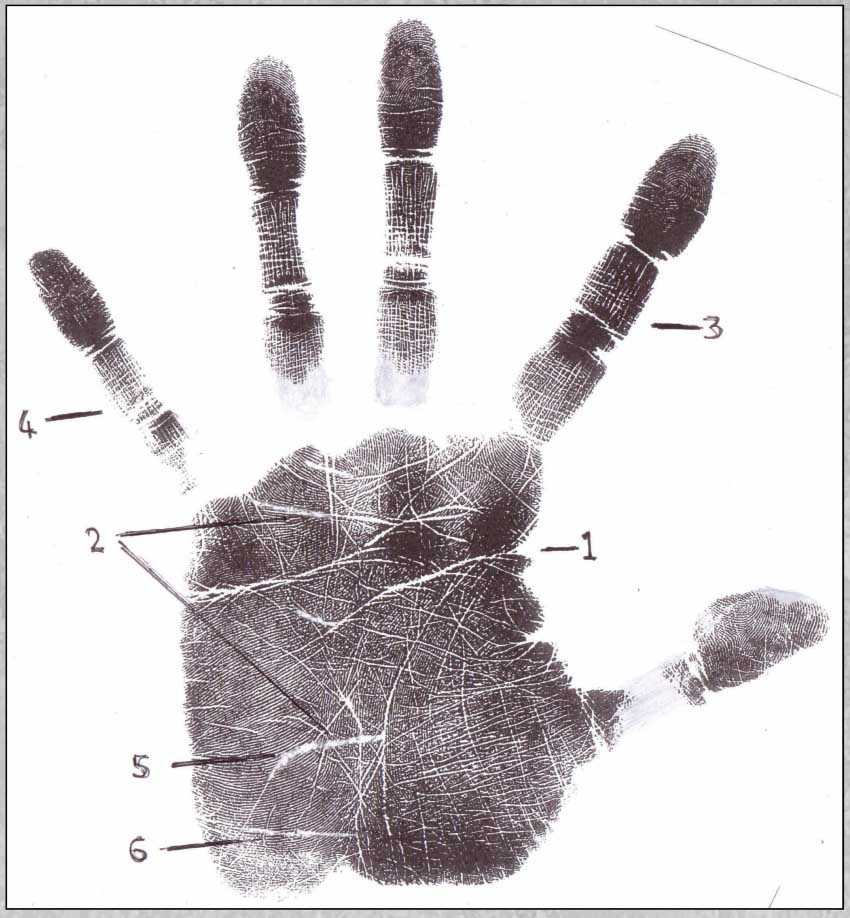