For those who don't know the basics of this area of handreading, here is an extract from my book 'The Interpretation of Dermatoglypics':

Purkinje
The key figure in the early study of dermatoglyphics was the Czech doctor and researcher Jan Purkinje. Purkinje (1787-1869) was working on a thesis about the human hand and the eye, which was published in 1823 after he had become professor of medicine at Breslau University. The thesis commented on the diversity of the fingerprint patterns and proposed a classification of these patterns into nine types. As we would refer to them now, these were the arch, the tented arch, the ulna loop, the radial loop, the compound, the spiral whorl, the eliptical whorl, the circular whorl, and the double loop or composite. Whilst this classification is perhaps a little too elaborate for practical purposes, especially the subdivision of whorls into three types, it is nonetheless more thorough than the later system of classification, devised by Galton, that has become more widely adopted. Purkinje was also the first researcher to suggest that skin ridge patterns might have both genetic and diagnostic importance.

In Argentina, Juan Vucetich had developed his own system of identification through the use of fingerprinting and by 1891 this was being successfully employed by the Argentinian authorities. Although it was first suggested to the Home Office in 1887, it wasn't until 1901 that fingerprinting became an established procedure in criminological investigation in England. This came about largely through the efforts of Faulds and Herschel, in conjunction with Francis Galton.

Francis Galton (1822-1911), the cousin of Sir Charles Darwin, was a scientist with a wide range of interests covering anthropology, geology, biology, heredity and eugenics, publishing some 240 written works including some fifteen books. He conducted extensive research into the significance of skin ridge patterns not only to demonstrate their permanence and consequently their use as a means of identification, but also to demonstrate the hereditary significance of fingerprints and to show the biological variations of different fingerprint patterns amongst different racial groups. He collected vast numbers of fingerprints from all types of people, noting the variations of pattern types amongst different races and established the relative frequency with which each pattern type occured amongst different peoples. His classification of fingerprint patterns was considerably more simple than that proposed by Purkinje, delineating only three main types of pattern. He identified the triradius as being the significant indicator of a fingerprint pattern type and hence based his classification on the number of triradii to be found within each pattern.

For Galton there are therefore only three main types of pattern, the simple arch (with no triradius), the loop (with one triradius) and the whorl (with two triradii). Although he recognises the other main patterns that can be found in the hand, he subsumes them into this primary threefold classification. Consequently, tented arches become a type of loop whilst double loops become a type of whorl! Whilst his system of classification may suffice for the purposes of criminal identification, it is clear that it leaves much to be desired in terms of discriminating the different psychological qualities associated with each type. Alas, it is this system of clasification rather than that of Purkinje which has been adopted by both the police and dermatoglyphicists, and this must be borne in mind when considering fingerprint statistics from either of these sources.

However, Galton is perhaps the single most influential figure in the whole study of the skin ridge patterns of the hands and many of his methods for analysing fingerprints have carried through into the work of later genetic dermatoglyphic researches. His interest in heredity focussed on the possibility of raising the standards of physical and mental health amongst the population as a whole and he saw in the study of fingerprints a means to initiate investigations into human genetics with this aim in mind. To this end, in 1895 he established the Galton Laboratory for Eugenics (a term he himself coined in 1883), at the University of London, which was later to conduct extensive investigations into the genetic significance of the hand as well as investigating correlations between dermatoglyphic patterns and known chromosomal abnormalities. His two works 'Fingerprints' (1892) and 'Fingerprint Directories' (1895) are rightly considered as classics in the field of early dermatoglyphic research and stimulated the interest of all sorts of scientific investigators, through to anthropologists and zoologists as well as geneticists and criminologists.

Re: History of Scientific Dermatoglyphics

Thanks for sharing this passage from your work.

PS. For those who want to read more about the history of dermatoglyphics, I can recommend them to start reading at this page at Christopher's website (which includes a large part of the materials that Christopher presented above):
http://www.cheirology.net/history/dermatoglyphics.htm 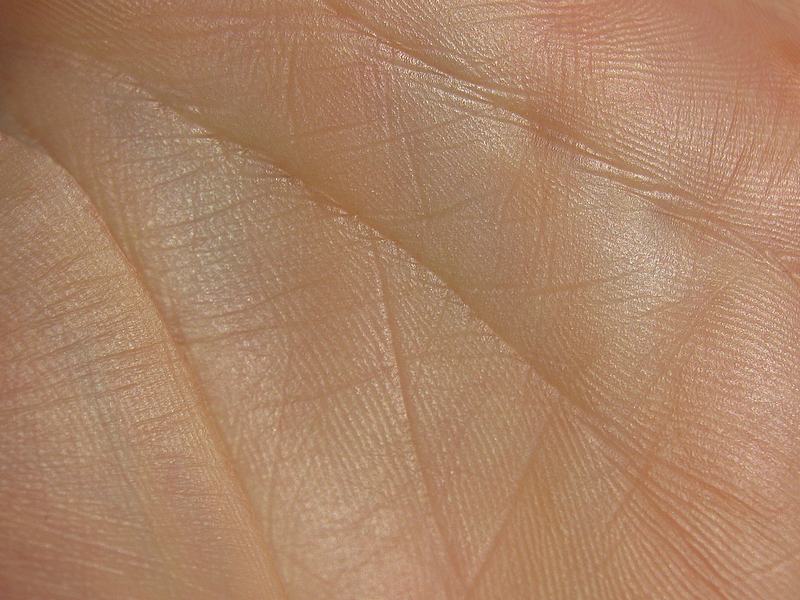