I am posting below right palm picture of a person. Are there 3 or 4 Head Lines in the Palm. This is also another interesting palm print.

Very interesting print. 3HLs, with the 3rd being a split from the 2nd(lower).

Indeed interesting it is but what we can derive out of these 3 HLs?

What about a small linegoing away from life line? Do you consider that as influence line or a head line?

That also is part of lower head line only.

my two cents
i think it is two headlines, an upper one and a lower one that is broken under saturn and continues after break with a short branch pointing to luna...........either way it is remarkable do you have the other hand
sue

I cannot get this boy's other palm print though I have met him once. This is the boy who proposed to a girl working in the same office last year May. Within 2 days of proposing for marriage he backed out as he wanted to discuss with his mother (his Dad is no more). He ultimately did not discuss with his mother but he backed out. The boy has everything that any girl would want to marry him -- Good Looks, Handsome, Tall, Fair etc. etc. The only draw back is his multiple head lines.

The top one is his Main Head Line, the lower one starting below the Saturn Finger, (near about the centre point of the Saturn Finger lower down), The third one I consider the line going away from the Life lIne to be the head line. The one below the second head line I view as Fate Line rising upwards for certain reasons.

I have read many Palmistry Books and I find only one mention of 3 head lines in Cheiro's book on palmistry. I will check out and post the details of the same later on. They were very clear 3 head lines leaving nothing to doubt but in this case the lines are in doubt. First two head lines I can understand. The second one which starts at 25/26 or probably at 32/33 after being dim in between 25/26 to 32/33 indicates different way of thinking. The lower the headline the softer the person is in his approach to life and his way of thinking.

The one below this second head line seems to me like a rising fate line from 32/33. This line rises up going in the direction of Jupitor Mount and ends below the Saturn Mount in between. I see this as the best period of this boy's life professionally.

The last head line coming from life line, I have never seen it in the way it is there in the palm but yes I have seen quite a few palms with line curving away from the life line which shows separation from parents, especially son having differences with father and doing business separately, but in this case the line is straight and to me it shows a person who is very very reserved in nature, extremely sensitive and can be hurt quite easily. It acts like a head line attached to the life line, only in this case the attachment is for a longer period.

Since I am in know of the background of this boy and have being trying to understand why this person has gone back on his proposal and he still avoids the girl, initially due to guilt and now he does sometimes open up but only on official work. A person who has 3 head lines, especially the one going away from the life line which is lower down has to have a mindset which is not steady. He can be hurt easily and this is also confirmed by a dim fate line coming from Mount of Moon cutting his own fate line. This shows clash of interest from the opposite sex and this may have also led to the action the boy is taking. But once you Propose to the Girl for marriage there is love in his heart and he only proposed to her after he came to know through his Boss, who is incidentally a lady and he considers her to be his sister, that the girl is also interested in him. This was after the Girl inquired from her boss that she feels the boy is interested in him. 3/4 months after this the boy proposed to the Girl.

Why I mention all the above in detail is because of his complex way of thinking and these head lines will confirm that he cannot stick to one decision so easily. Therefore the fate line rising up prominently towards Jupitor Finger also coincides with his present age and I am observing this girl and through her the reactions of the boy and marriage between them seems not far away but when?

i wonder pravin whether a person with multiple mindset should be considering the commitment of marriage at all, maybe he senses that in himself and that is a reason for his having backed out?
sue

I think you are taking marriage to be 2 plus 2 but it is never so. I have found many many married couples who do not match each other as per their palm indications but they do live successful married life though internally they may have frictions. I have infact told one married lady, who palm I saw in her house when her husband invited me home. I asked her how do you both get along so well. They looked quite happy and successful in life. It is then the wife commented and told the truth that they do have differences. This leads me to conclude that "SANSKAR" plays a major role in making the marriage life successful. Sanskar is a Hindi word and I would interpret it as your training by your parents from birth to when you grow up. Your parents influence a lot and teach so many good things that they do influence you in life positively and you do keep your words when you get married.

I want go into details of all this in this forum but 2 or 3 head line person may have differences in thinking but he is still searching for a bride on many matrimonial forums and changes his profile almost every other week. Change of mindset indicated. After proposing he changed his decision. Look at his only relationship line and the girl has 2. The girl already had a very minor relationship with another boy which broke off and now she is firm on this boy and it is indicated. It is impossible to predict whom you will marry i.e. I cannot say that this Girl say A will marry the boy B and not any other boy but circumstances in both life lead me to conclude that both are liable to marry each other and I am waiting for the boy to take the matter ahead or Nature has its way to bring two Souls together its own way. I have seen it many times and even in this case it may happen.

Here in our Indian Culture we still keep our words and vows given to our life partners at the time of marriage.

On a male,an index ring shows an ego tension, so its more than the head lines, knox 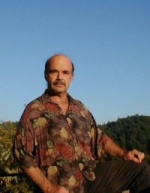 what do you mean exactly Knox?
Sue

Could you help us in explaining your remarks?

Which line you consider as Sun Line? Could you respond in detail as I find this palm challenging.

I have given my interpretion because I met this person personally but for some reasons I cannot get his palm print of his left palm. I know some background about him and I have taken that into consideration while interpreting his palm.

I'll try to explain with my bad english.

In middle of his palm, we can see a fork divided in three parts. Left to the right : Mercury, Apollo and Saturn.

In palmistry occult, the "line of sun" is "Apollo". Apollo is for the passion, success and art. The "line of intuition" is Mercury : prophetic dreams, premonitions, 6th sense...The "line of fate" is Saturn : ambition, professional, genetic, family's problems...

Those 3 recents lines are showing the "news directions", but sadly, they're blocked by divided parts of his mind. That's why, his brain is divided in "multi-mind" : it's surely the cause of troubles of personnality.

Does he have dreams and strange nightmares ?

What's the "head line" direction of the left hand by curiosity ?