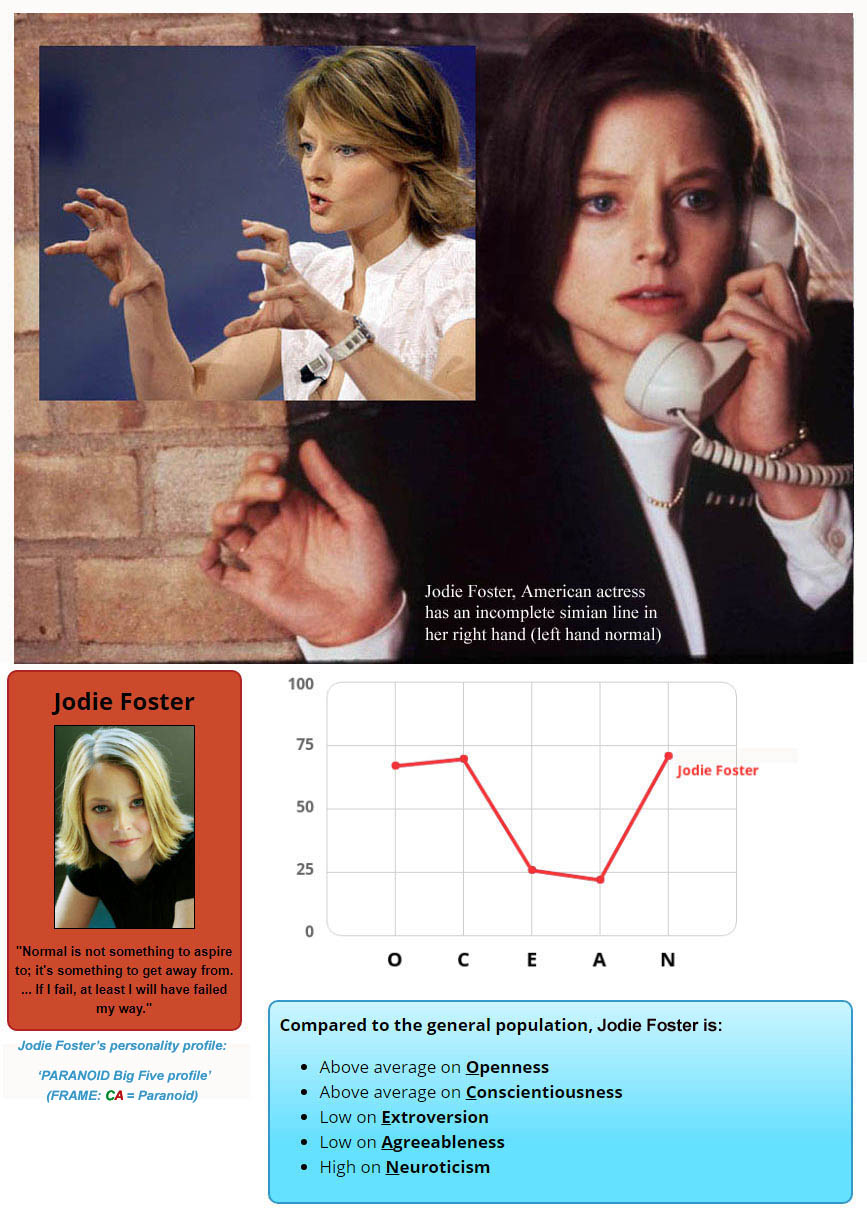 Jodie Foster became in 2013 the youngest woman ever who received at the Golden Globes the Cecil B DeMille award.

She has a simian line in her right hand.

PS. Curiously, Jodie Foster also belongs to a small group of Oscar winning actors with a simian line, which als includes Anthony Hopkins & Robert De Niro; the Big Five personality profiles of all three actors is featured in the picture below.

More details on the impact of their simian line & their profile are presented in this article:
Simian line: Big Five profiling! 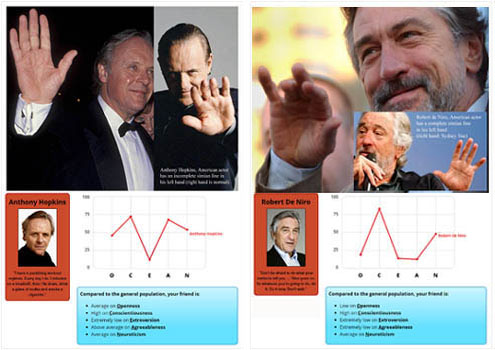