Search
Who is online?
In total there are 29 users online :: 0 Registered, 0 Hidden and 29 Guests

Double loop on mount Luna.. what does this mean?

Double loop of unconsciousness on mount of Moon

pehelina wrote:Double loop on mount Luna.. what does this mean?

This pattern is also called the “Psychologists Twin” and indicates that these people think and feel dualistically. They can have two points of view about something. However they are unrealistically optimistic and due to this have an incorrect and unrealistic look on the world. They are eccentric, idealistic and often childish innocent, believe in fairy tales and live in their own world of fantasy. They have difficulty to differentiate between real and unreal aspects of live; they think that things are not as bad as they look. Due to their dualistic feelings they continuously have changing emotions which results in indecision. They are very sensitive and can help others. They have the ability to see different aspects of a problem or a situation. This pattern is often found with a psychologist or counselor. Furthermore it indicates a quest for new things and/or experiments.

* Incomplete loops have the same meaning but less strong.
* Is in addition the little-finger curved then this indicates that you have difficulty to tell the truth. You can make something so plausible for yourself that you regard it to be the truth and also will try to persuade others about this. (Pathological liar).
* With spatulate, square or rectangle hands the above properties are less strong and also used in a practical way. (Fiction writer, inspiring artist, story teller, inventor or magnetic healer.).
* Is the Head line straight then there is more sense of realism. 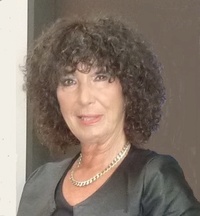