Modern Hand Reading Forum - Discover the language of your hands: palm reading & palmistry forum! :: V - DISCUSSIONS RELATED TO THE HISTORY OF PALMISTRY :: Va - ANCIENT PALMISTRY - What are the basics & origins and where did it come from? :: Vb - Traditional palmistry from India

I am here now to share my verfications on parent's line. Peoples astonish me when i predict the details of their parents via reading their parents line. I have confirmed almost in all cases that people who has islanded parent's line have last their respective parent's through critical chronic diseases-cancer. I just point out this. But, It is sure that we can predict lots of details about one's parents through this line

37th deals about father and mother lines. Forked base of life line(wrist side) indicates parent lines. The line facing percussion side is called father line. And another one facing venus mount is called mother line. Fine hair lines on below and above to this respective lines indicates siblings of respective parents.

38th deals about death or danger to the parents. When the parents line has square sign on it, it indicates respective parents in relation to the line in which it is present, accordingly father or mother will be crippled or gets stooped shoulder. Time gauge should be applied through upward branch of life line . If the line is broken, or has gap or blurred, it indicates death or danger to the father or mother respectively.

39th deals about deafness or tragic death of parents. when the parents line ends with egg like elliptical shape, it indicates deafness of mother or father respectively. Time gauge should be counted through upward branch of life line, below upwards, by dividing the lines for 70 years. If circle sign present on parents line, it suggests blindness of respective parents according to on which line the circle line present(father or mother line). if a star sign present on this line, it suggest tragic or sudden death of the parents respectively.

a question and a request

Hi stalin, verse 37 actually means that every one has a forked life line(at wrist), as everyone has a mother and a father. am I right?

I request you to please elaborate your point with some pic. any pic would do. celebrity pics ?

I have read somewhere that lower portion(wrist) of palm helps to predict childhood conditions. from my heart I agree with this, but so far have not been able to relate it in hands. issue raised by you in this post can guide me in this direction.

Please reply. I shall feel grateful.

Just now i found your request. Hope, you have no difficulty in identifying father and mother line. hence, i continue with some more of my observations.
1. yes, Almost in maximum number of cases we could clearly see the parent lines (forked end of Life line). but, westerns wrongly interpret it as travel line as it usually touches or reaches the moon mount.( sharp observation shows us the both indications in some cases also) secondly, in some cases, either father or mother line are not so prominent . instead it is been replaced by a fine hair line. you can get this point after a careful inspection of such people's palm. It indicates either uneducated or low financial status or less influenced father or mother respectively. if you find a black dot near or on this line indicates impending diseases. if this dot present at the lower end , indicating that disease of the parents at the sitter's early age.( below 35) . and assume the viceversa in the same way. it is applicable to other marks on this line as well ie., like island , cross, star etc.,

if a person has deep and long mars line, there will be more influence from maternal uncle. hence, you have to take into consider all these before predict about one's parents. All i can say is just observe with various examples. i have shared with you my observations. if you can verify it again, indeed, it will be good attempt once again. :-)

Most of thepalns have fork at the end iflife lune only in few cases we do not find fork so what will you say no parents ? 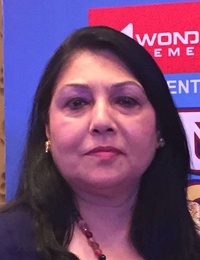 Modern Hand Reading Forum - Discover the language of your hands: palm reading & palmistry forum! :: V - DISCUSSIONS RELATED TO THE HISTORY OF PALMISTRY :: Va - ANCIENT PALMISTRY - What are the basics & origins and where did it come from? :: Vb - Traditional palmistry from India