Search
Who is online?
In total there are 42 users online :: 0 Registered, 0 Hidden and 42 Guests 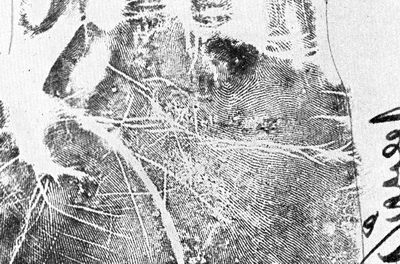 I have been spending some time off and on studying Walt Disney's palms. At the end of last year I began an article about what his heart line reveals. The article remains unfinished because in the process of studying his hands and comparing to his biography and public image, things just didn't always seem match up as expected.

It is said that his well recognized signature was actually designed by one of his in house artists and he practiced it and made it his trademark signature.

To those that read handwriting, what does this say!?

I found the same in his hands. The outer persona was practiced and well displayed, but the inner self, as shown in the hands was rarely brought out in what could be found written.

We discussed the Suwon crease here in another thread, which relates to a head line connecting to the heart line plus an additional lower head line. This or a variation of this pattern can be seen in Disney's right hand.

In researching opinions on elongated heart lines that reach across the palm, the most insightful was I believe from Benham, who suggested that a crease found in a territory for which it wasn't equipped would relate to problems.

A number of other writers suggested the elongated heart line related to one's preference for sexual partners. Doing a google search I discovered there was a book written to that effect about Disney only a few years ago.

Needless to say, I never completed the article and had put it on the back burner until Mariska mentioned it a couple of days ago.

Curious if anyone else has thoughts about Walt Disney and his heart line.