Search
Who is online?
In total there are 19 users online :: 0 Registered, 0 Hidden and 19 Guests

Hi everyone, this is an article from my website on the most difficult hands I have ever seen! 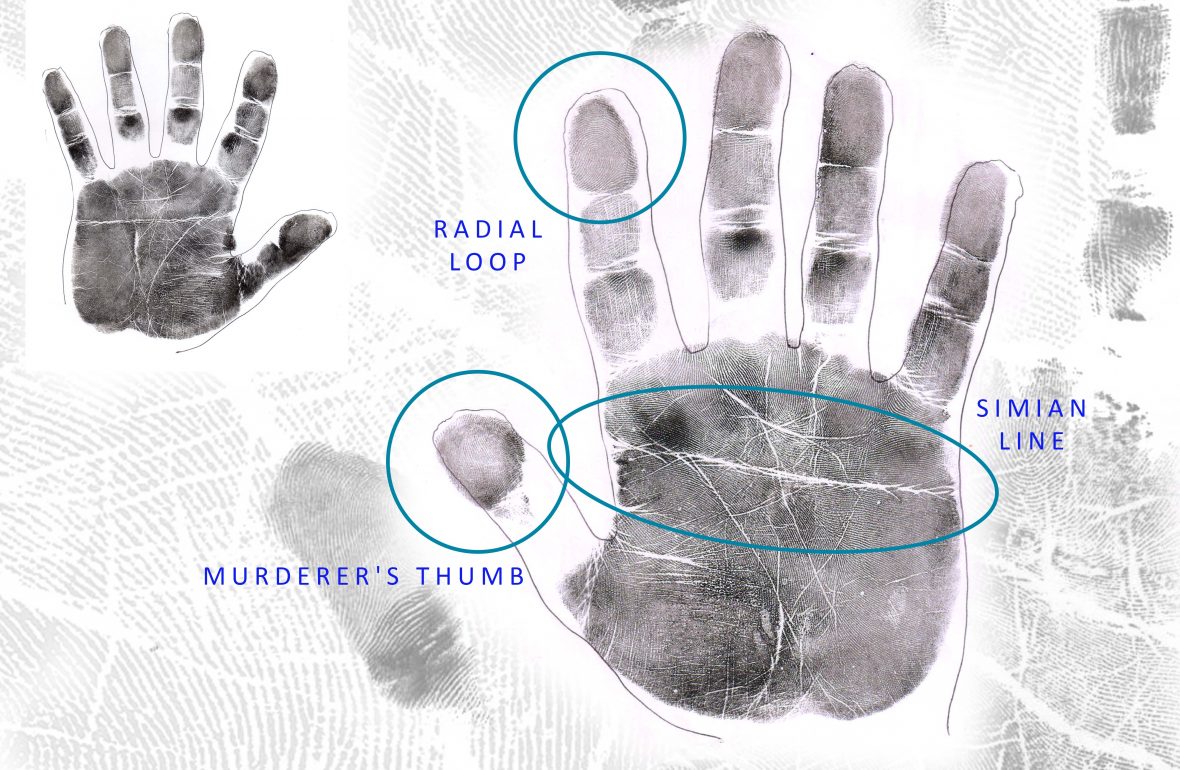 "...Michael has a double Simian line, two ‘Murderers’ thumbs and two Radial Loops. Through spending a day with him and his partner, I learned about how he had used these features incredibly well and successfully in his life. Let’s break this down.

The two Simian lines means the fusion of the Head and Heart lines. This makes the bearer incredibly intense, restless, relentless, focused, competitive, repressed and compulsive. Michael explained he used to be a drug addict and with two Simian lines (+ grainy skin + murderer's thumbs!) there are absolutely no half measures, so one can assume this period would have been the end of most people. Having two Murderer's Thumbs really does amplify the intensity of the Simians even more. A murderer's thumbs is when the top phalange is clubbed. This gives the person an explosive nature and makes them very impulsive due to the top phalange showing the nature of will power. It has been named a murderer's thumb as supposedly someone with it would be more likely to fly off the handle and kill in a fit of rage...."