Search
Who is online?
In total there are 15 users online :: 0 Registered, 0 Hidden and 15 Guests

Viewpoint of scientists regarding vedic sciences

Viewpoint of scientists regarding vedic sciences

Hinduism’s understanding of time is as grandiose as time itself. While most cultures base their cosmologies on familiar units such as few hundreds or thousands of years, the Hindu concept of time embraces billions and trillions of years. The Puranas describe time units from the infinitesimal truti, lasting 1/1,000,0000 of a second to a mahamantavara of 311 trillion years. Hindu sages describe time as cyclic, an endless procession of creation, preservation and dissolution. Scientists such as Carl Sagan have expressed amazement at the accuracy of space and time descriptions given by the ancient rishis and saints, who fathomed the secrets of the universe through their mystically awakened senses.

Professor Arthur Holmes (1895-1965) geologist, professor at the University of Durham. He writes regarding the age of the earth in his great book, The Age of Earth (1913) as follows:
"Long before it became a scientific aspiration to estimate the age of the earth, many elaborate systems of the world chronology had been devised by the sages of antiquity. The most remarkable of these occult time-scales is that of the ancient Hindus, whose astonishing concept of the Earth's duration has been traced back to Manusmriti, a sacred book."

Alan Watts, a professor, graduate school dean and research fellow of Harvard University, drew heavily on the insights of Vedanta. Watts became well known in the 1960s as a pioneer in bringing Eastern philosophy to the West. He wrote:
"To the philosophers of India, however, Relativity is no new discovery, just as the concept of light years is no matter for astonishment to people used to thinking of time in millions of kalpas, ( A kalpa is about 4,320,000 years). The fact that the wise men of India have not been concerned with technological applications of this knowledge arises from the circumstance that technology is but one of innumerable ways of applying it." 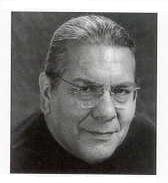 Dick Teresi author and coauthor of several books about science and technology, including The God Particle. He is cofounder of Omni magazine and has written for Discover, The New York Times Magazine, and The Atlantic Monthly. He says

"Indian cosmologists, the first to estimate the age of the earth at more than 4 billion years. They came closest to modern ideas of atomism, quantum physics, and other current theories. India developed very early, enduring atomist theories of matter. Possibly Greek atomistic thought was influenced by India, via the Persian civilization."

The cycle of creation and destruction continues forever, manifested in the Hindu deity Shiva, Lord of the Dance, who holds the drum that sounds the universe’s creation in his right hand and the flame that, billions of years later, will destroy the universe in his left. Meanwhile Brahma is but one of untold numbers of other gods dreaming their own universes.

The similarities between Indian and modern cosmology do not seem accidental. Perhaps ideas of creation from nothing, or alternating cycles of creation and destruction are hardwired in the human psyche. Certainly Shiva’s percussive drumbeat suggests the sudden energetic impulse that could have propelled the big bang. And if, as some theorists have proposed, the big bang is merely the prelude to the big crunch and the universe is caught in an infinite cycle of expansion and contraction, then ancient Indian cosmology is clearly cutting edge compared to the one-directional vision of the big bang. The infinite number of Hindu universes is currently called the many world hypothesis, which is no less undocumentable nor unthinkable. 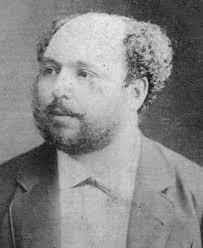 Louis Jacolliot (1837-1890), who worked in French India as a government official and was at one time President of the Court in Chandranagar, translated numerous Vedic hymns, the Manusmriti, and the Tamil work, Kural His masterpiece, La Bible dans l'Inde, stirred a storm of controversy. He praised the Vedas in his Sons of God, and said,:
"The Hindu revelation, which proclaims the slow and gradual formation of worlds, is of all revelations the only one whose ideas are in complete harmony with modern science. "

Jacolliot feels India has given to the West much more than she is credited with when he says:

" Besides the discoverers of geometry and algebra, the constructors of human speech, the parents of philosophy, the primal expounders of religion, the adepts in psychological and physical science, how even the greatest of our biological and theologians seem dwarfed! Name of us any modern discovery, and we venture to say that Indian history need not long be searched before the prototype will be found on record. Here we are with the transit of science half accomplished, and all our Vedic ideas in process of readjustment to the theories of force correlation, natural selection, atomic polarity and evolution. And here, to mock our conceit, our apprehension, and our despair, we may read what Manu said, perhaps 10,000 years before the birth of Christ:

' The first germ of life was developed by water and heat.' (Manusmriti - Book I, sloka 8,9)

' Water ascends towards the sky in vapors; from the sun it descends in rain, from the rains are born the plants, and from the plants, animals.'  (Manusmriti - Book III, sloka 76)

Similar topics
» The hands of Albert Einstein - person of the 20th century
» Vedic Pamistry
» What are the major 'schools' in Vedic palmistry?
» Daily forecast as per Vedic Astrology System quite free
» Traditional palmistry notes from the vedic sensual text " Ananga ranga"